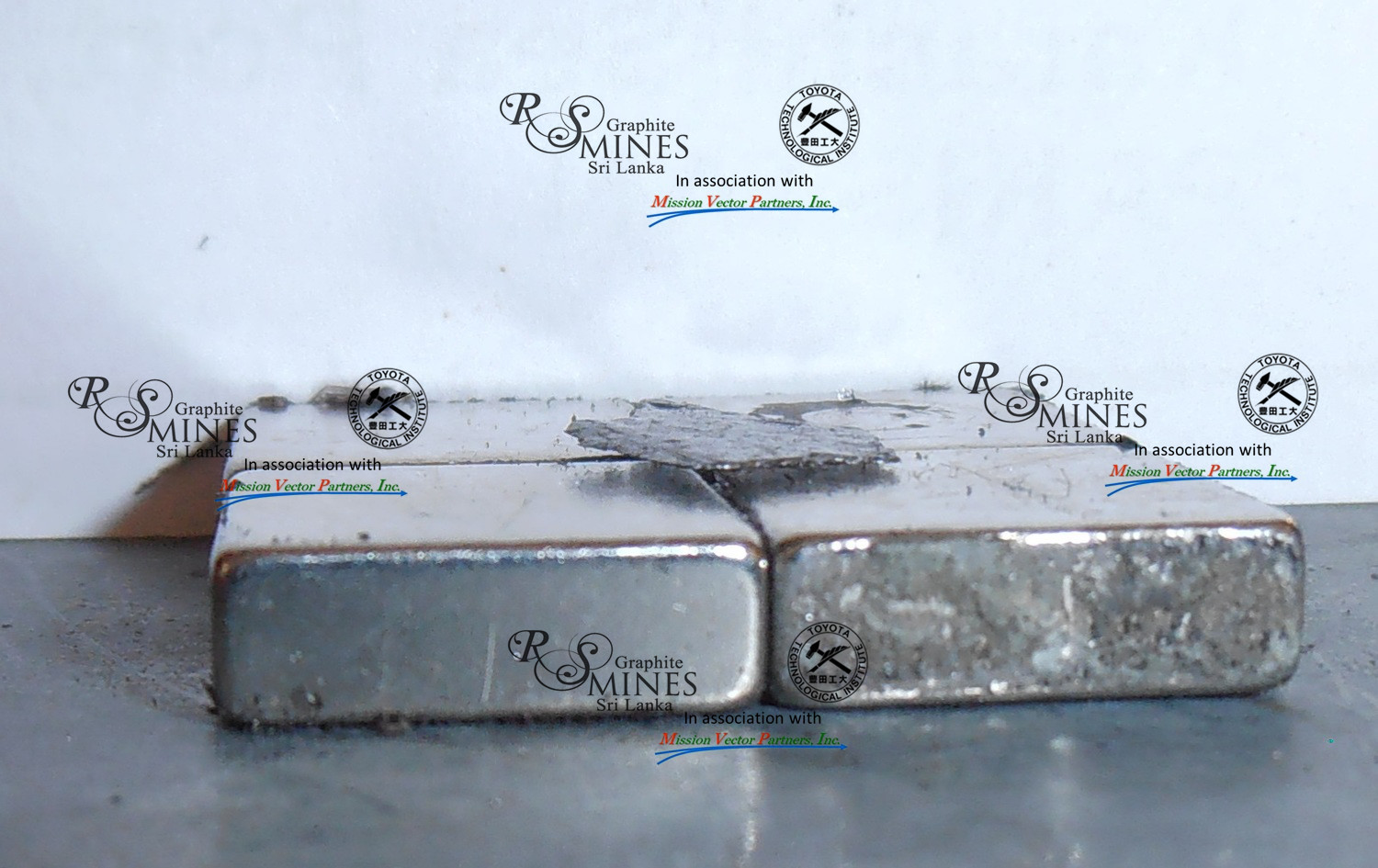 It is now understood and verified that a small percentage, ~3% of output from The Queen’s Mine is HOPG – Highly ordered pyrolytic graphite or highly oriented pyrolytic graphite (HOPG). The physical properties of HOPG – Highly Ordered Pyrolytic Graphite usually have a single cleavage plane, similar to mica, because the graphene sheets crystallize in a planar order, as opposed to graphite, which forms microscopic randomly oriented zones. Because of this, the HOPG – Highly Ordered Pyrolytic Graphite exhibits several unusual anisotropic properties. It is more thermally conductive along the cleavage plane than graphite, making it one of the best planar thermal conductors available.

It is also more diamagnetic (-400x10-6) against the cleavage plane, exhibiting the greatest diamagnetism (by weight) of any room-temperature diamagnet.

HOPG – Highly Ordered Pyrolytic Graphite had magnetic levitation characteristics, were it can levitate over permanent magnets.

Few materials can be made to magnetically levitate stably above the magnetic field from a permanent magnet. Although magnetic repulsion is obviously and easily achieved between any two magnets, the shape of their field causes one to push the other off sideways, rather than supporting it stably above the other. Strongly diamagnetic materials though can be used for levitation above powerful magnets.

With the easy availability of rare earth permanent magnets in recent years, the strong diamagnetism of pyrolytic carbon makes it a convenient demonstration material for this effect.

A recent discovery in Japan shows that pyrolytic carbon can respond to laser light or sufficiently powerful natural sunlight by spinning or moving in the direction of the field gradient. The carbon's magnetic susceptibility changes upon illumination, leading to an unbalanced magnetisation of the material and thus a sideways force.

HOPG – Highly Ordered Pyrolytic Graphite is also used in biomedical applications because blood clots do not easily form on it, it is often advisable to line a blood-contacting prosthesis with this material in order to reduce the risk of thrombosis. For example, it finds use in artificial hearts and artificial heart valves. Blood vessel stents, by contrast, are often lined with a polymer that has heparin as a pendant group, relying on drug action to prevent clotting. This is at least partly because of pyrolytic carbon's brittleness and the large amount of permanent deformation which a stent undergoes during expansion.

Pyrolytic carbon is also in medical use to coat anatomically correct orthopaedic implants, a.k.a. replacement joints.
Save this product for later

Simply the finest and most unique graphite material found in the world, extracted from RS Mines' the Queen's Mine.

RS Mines - About Us 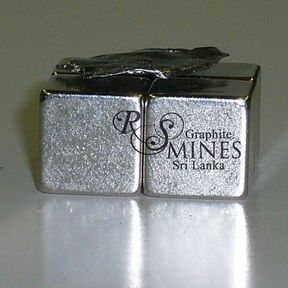 RS Mines explores and extracts natural high carbon purity crystalline vein graphite from it's flagship mine, The Queen's Mine. One of the most unique materials which was discovered at The Queen's Mine was the occurrence of 'Needle' type graphite, also known as, natural highly ordered / oriented pyrolytic graphite (HOPG).